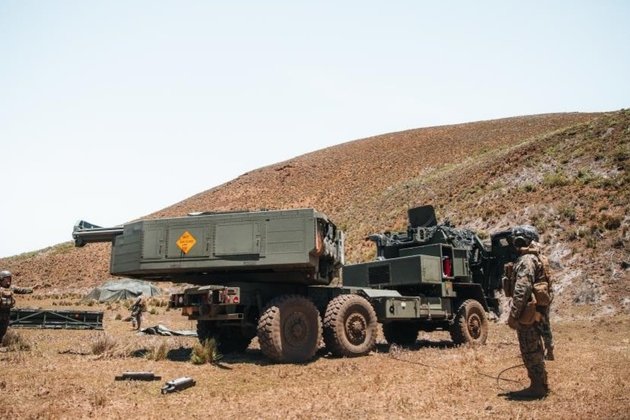 The artillery systems were allegedly altered so they couldn?t fire long-range missiles into Russia

The HIMARS rocket launchers Ukraine received from Washington have been "secretly modified" so they can't use longer-range missiles, even if Kiev obtained them from elsewhere, the Wall Street Journal reported on Monday citing anonymous US officials.

A total of 20 of the M142 High Mobility Artillery Rocket System (HIMARS) launchers have been sent to Ukraine since June, along with several batches of GMLRS guided missiles and service vehicles. The GMLRS have a range of almost 80 kilometers (50 miles).

Multiple activists have since called for Ukraine to also receive ATACMS rockets, with a range of over 300 kilometers. The US has refused, so far. Even if the White House changes its mind, or Kiev manages to obtain the ATACMS - or similar long-range missiles - elsewhere, they won't work in the HIMARS currently in the field, according to WSJ.

The modifications made to the systems before they were sent to Ukraine involve "hardware and software," the unnamed officials who spoke with the outlet noted. The Ukrainian military declined to comment. So did the Pentagon, citing "operational security considerations."

According to WSJ, the modifications "reflect apprehensions among administration officials that their Ukrainian partner might stop keeping its promise not to strike Russian territory with US-provided weapons," as well as the desire by President Joe Biden's administration to "reduce the risk of a wider war" with Russia.

Moscow has repeatedly warned Washington that providing heavy weapons to Ukraine risks crossing Russia's "red lines" and involving the US and NATO in the conflict directly. The US and its allies insist they are not a party to the hostilities, while continuing to arm Kiev.

Back in June, US Secretary of State Antony Blinken told reporters that Washington had received "assurances" from Kiev that HIMARS wouldn't be used "against targets on Russian territory" and claimed that there was "a strong trust bond between Ukraine and the US, as well as with our allies and partners."

By September, however, Blinken has clarified that the US doesn't regard Crimea or the four other parts of Russia - the Donetsk and Lugansk People's Republics, as well as Kherson and Zaporozhye Regions - that voted to join the country as anything but Ukrainian territory, and as such, legitimate targets for Pentagon-supplied weapons.

Monday's revelation about the alterations to HIMARS launchers also contradicts the statement by Washington's envoy in Kiev, Bridget Brink, who said in June that the decision on the range of the systems would be "up to the Ukrainian side."