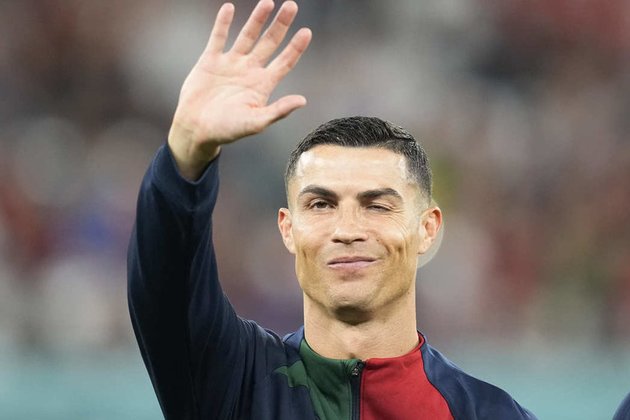 Ronaldo, 37, left Manchester United on the eve of the Qatar 2022 World Cup by mutual consent after an explosive interview with Piers Morgan saw him criticize the Red Devils' manager and hierarchy.

This left him free to negotiate with any team he wishes, and Marca says that the Portuguese superstar will join Al-Nassr on a two-and-a-half year contract that will take him past his 40th birthday if completed.

Marca claims that the contract comes with a monstrous signing-on fee of just under €100 million ($106 million) and financial incentives related to advertising that will make Ronaldo the highest-paid sportsman in the world, considering he will also reportedly receive €200 million per season ($212 million) in wages.

Kylian Mbappe recently topped Forbes' list of the highest-earning football players after being estimated to make $128 million this season.

The 23-year-old snubbed Ronaldo's former club Real Madrid in the summer and signed a three-year contract extension at Paris Saint-Germain.

The signing fee alone for the new deal was said to be worth Pound 100 million ($123 million), with Mbappe reportedly earning Pound 1 million ($1.3 million) a week in France.

Ronaldo finished third in the list with earnings of $100 million, but $60 million of those were made off-field through endorsements.

However, Ronaldo's TV interviewer Morgan stated on Twitter that Marca's report was not accurate.

If it does prove correct, Ronaldo's move to Al-Nassr would see him leave top-level European football and forfeit the chance to play in the Champions League, which he won five times in his career with Manchester United and Real Madrid.

Ronaldo's swansong to the elite could be made at Qatar 2022, where Portugal face Switzerland in the last 16 on Tuesday.

The forward may have an eye on Euro 2024, though, which will be held in Germany.