India to deliberate on UN reforms, global counter-terrorism during December presidency of UNSC 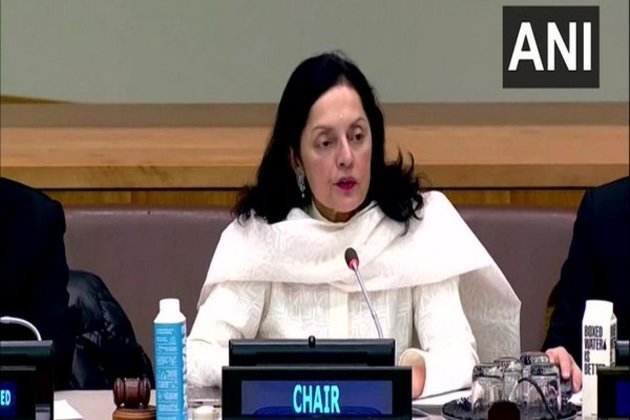 "We will bring the same spirit to our December presidency. The focus is on two major themes - one, an all-encompassing theme focused on building a new orientation towards reformed multilateralism and the second theme will be the focus on global counter-terrorism approach and the way forward," said Kamboj.

At the Counter Terror committee briefing, Kamboj presented the outcomes of the special meeting of the committee in India in October.

"By agreeing to Delhi declaration (special meeting of CTC), Counter-Terrorism Committee pledged its continued dedication and commitment to work to counter the use of new and emerging technologies for terrorist purposes," said India's Ambassador to UN.

"The Declaration is a pioneering document aimed at enhancing the council's approach to addressing this threat in a comprehensive and holistic manner," added Kamboj.

The threat of terrorism is grave and universal and it is also transnational in nature. There has been a resurgence of terrorism in recent times, increased risk of terrorists exploiting the proliferation of digitalization, and new emerging means of communication and financing technologies. The existing and emerging threats call for a renewed collective approach to terrorism.

"This high-level briefing of the Security Council will provide an opportunity for the Council to take stock and build on recent deliberations of the special meeting of the UN Counter-Terrorism meeting held in India in October. India holds the Chairship of this committee. It will also aim to arrive at a way forward for the global community's collective fight against terrorism, said Kamboj.

Speaking about reformed multilateralism, Kamboj said that it is very clear that the UN of today is far from reflective of the true diversity of the UN's vital membership.

"22 years after world leaders have called for comprehensive UNSC reforms, we have not moved an inch and there is even a lack of negotiating text," said Kamboj.

"Similarly, the global development architecture outside the UN is equally distorted and would require intense efforts to enhance the coherence and consistency of the international monetary, financial, and trading systems. There is a ray of hope during the high-level week in course of UNGA 77, 76 countries favoured UNSC reforms and 73 spoke for UN reforms," added Kamboj.

"EAM S Jaishankar will chair an open debate of the Security Council on December 14, 2022, which we hope will encourage member states to exchange ideas on key issues, specifically, how to inject new life to multilateralism in order to ensure that the tools we have today adequate to address the challenges of the future, as well, what should be the key elements of this new orientation for reformed multi-lateral system. On December 15, EAM will chair a briefing of the Security Council on the Global Counter-Terrorism approach, specifically, an exchange of views on the principles and way forward," said Kamboj.

She also reiterated that over the last two years of India's membership of the Council, the country has been shouldering responsibilities well and making every effort to breach the different voices within the Council so as to ensure that the Council itself speaks in one voice as far as possible on a variety of issues.

Speaking about India's G20 presidency, she said, "It is indeed an honour for us to lead a group that represents 85 pc of the world's GDP and 75 pc of the global trade. As noted by PM, our G20 presidency comes at a time of crisis and chaos in the world. The world is going through the aftereffects of a disruptive once-in-a-century pandemic, conflicts and much economic uncertainty. at such a time, the world looks forward to G20." (ANI)