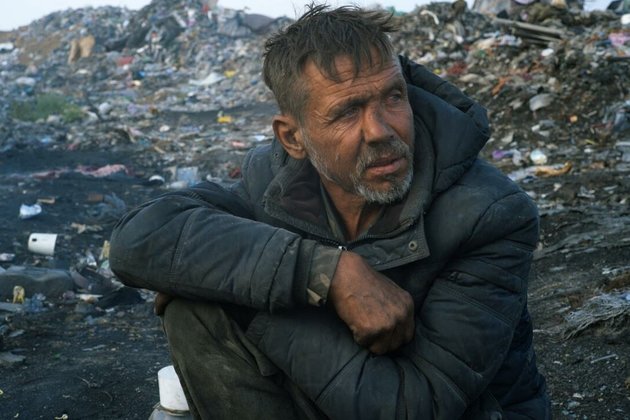 The violent legacy of the break-up of the Soviet Union is dissected in "The Hill" by Lina Tsrimova and Denis Gheerbrant, an astonishing documentary shot entirely on a gargantuan rubbish heap in Kyrgyzstan and screened this week at the Cannes Film Festival's parallel section ACID.

The first time Alexander killed in the battle for Grozny, Chechnya's capital, he cried for days on end. The second and third time, he got used to the killing. By the fourth, he was enjoying it.

"We used to impale women and children and roll over the enemy with our tanks," says the veteran of Russia's Chechen Wars, crouched on the mountain of trash that has been his home for several years, his face blackened and emaciated. "I was just a killing machine. I left people without their fathers, mothers and children. I'm a monster who crossed all limits."

Alexander's brutally honest testimony of his part in Vladimir Putin's first war is just one tragic story in a landscape of desolation captured by "The Hill". It echoes with the war currently raging in Ukraine and the mounting evidence of horrific crimes committed by Russia's invading forces. 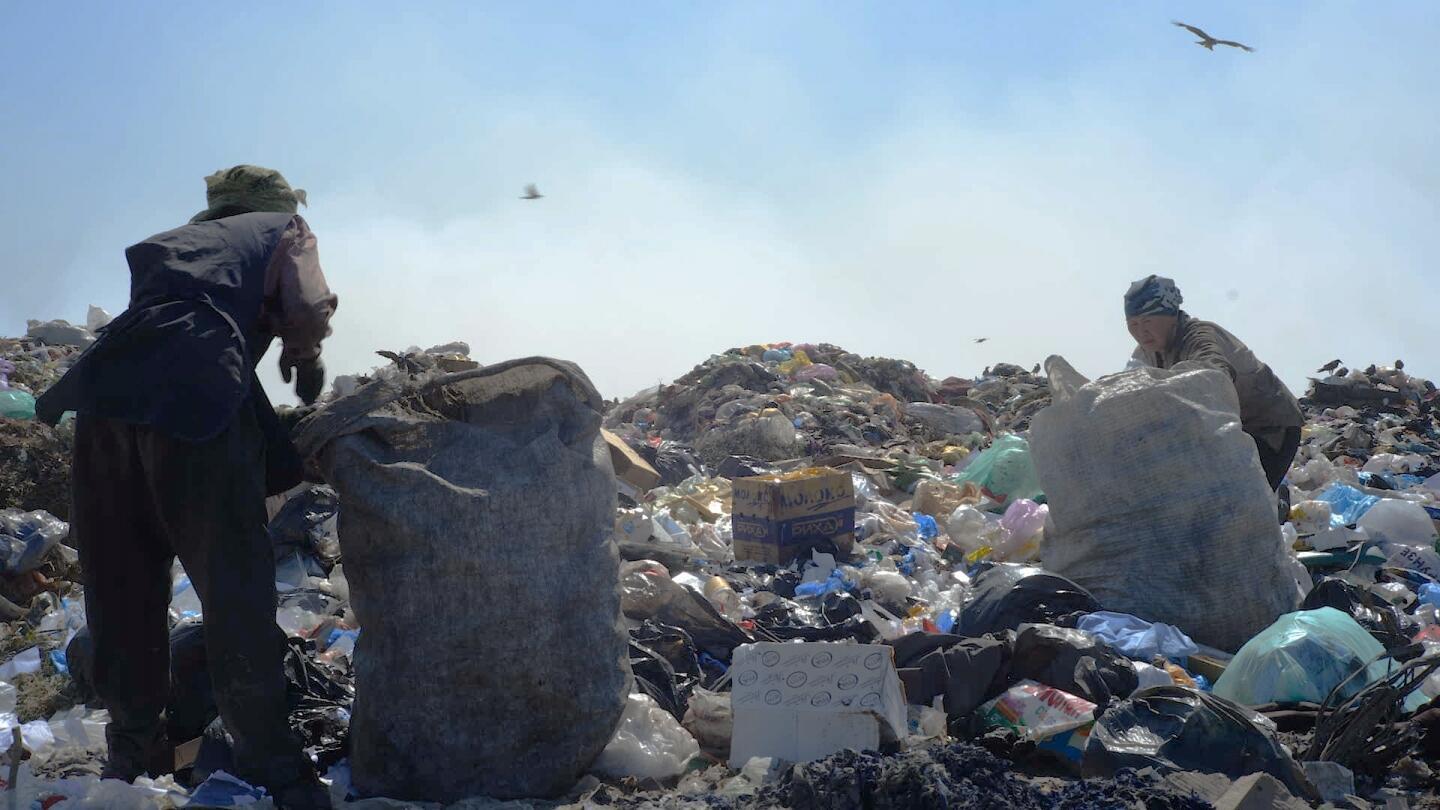 The consequences of Russia's long history of state violence, and the personal and collective traumas it engendered, are exposed with grim clarity in this haunting documentary, filmed on a landfill outside Kyrgyzstan's capital Bishkek. A metaphor for the decay of the Soviet world, the dump is a world apart, with its own inhabitants and time, floating somewhere in between the end of one empire and Putin's attempts to build another.

"If you have a fit out here, no ambulance will come," says Tadjikhan, a 65-year-old woman borne down by fatigue and sorrow, who raised eight children and saw five of them die on the "hill". Tadjikhan and her husband worked at a Kolkhoz, a Soviet collective farm, until the collapse of the USSR left both without a job.

"When democracy arrived, there was no more work," she says, clutching photographs of the children she lost. Now she and her surviving children scour the dump night and day, filling up huge sacks of plastic, glass and metal for a living.

FRANCE 24 spoke to co-directors Lina Tsrimova, who was born in the Russian Caucasus, and Denis Gheerbrant about the films's making and its message - and the significance of screening it at Cannes in the shadow of Putin's latest war.

How did you come to the "Hill" and what exactly were you looking for?

Lina Tsrimova: I had just finished my history thesis in Paris and wanted to start a new project on the deportation of people from the Caucasus under Stalin - people who were accused of collaborating with the Nazis. I felt it was urgent to do so because memorial sites are being destroyed and it is increasingly difficult to find traces of Stalin's crimes.

That's why we went to Kyrgyzstan, both a destination for people punished under Stalin and now a refuge for those fleeing China, like the Uighurs. We didn't have a precise idea of what we were looking for, but when we found the landfill we realised it embodied the questions we kept asking ourselves on the nature of the state, the end of the Soviet empire and the emergence of a new criminal state under Putin. The place felt like a residue of the post-Soviet world, with the same problems as in the Caucasus, but at the far end of the Soviet empire.

Denis Gheerbrant: The topography was symbolically very powerful. It was like a stage where people of different origins meet, many from the former kolkhozy (collective farms) who lost their jobs after the collapse of the USSR. It was also a chance to talk about the great exodus of people from the countryside to the shantytowns sprouting around former Soviet cities.

Did you come to see Alexander's fate as a symptom, a consequence of the collapse of the Soviet world?

L.T.: His itinerary is both a consequence and a premise, a warning of what is now happening (in Ukraine). He is at the junction between the end of the Soviet world and the start of a new era, which Putin's war in Chechnya inaugurated.

The war in Ukraine hadn't yet started when we embarked on the project, even though the Crimean takeover had already happened. But violence was already very present in the Caucases, ever since the Chechen wars. Under (Ramzan) Kadyrov, Chechnya has become a totalitarian monster, but the other republics of the Caucasus are also stripped of freedoms. Of course, what is happening in Ukraine now is on a different scale.

D.G.: Lina's thesis focused on Russia's imperial wars (in the 18th and 19th centuries). We're talking about a century and a half of war. In the end, the Russians came to the conclusion that the only way they could prevail was through destruction, by emptying the lands of their people. There is a clear echo with what is happening in Ukraine today. It is no longer a matter of conquering, but destroying.

Your film portrays the characters with great empathy and sensitivity. How did you approach them?

D.G.: One thing that struck us was their great dignity. They denounce a system run like a mafia, but they never complain about their fate. Our main concern was to restore their humanity. These people are excluded, living on the margins of society. We wanted them to talk about their humanity.

L.T.: It was especially difficult in Alexander's case. I think he needed to find someone who could understand the gravity of his words. Seeing me as a native of the Caucasus, he was able to face me and say, 'Yes, I exterminated women and children like dogs'. For both of us, the words were difficult to say and hear.

It was only after three weeks that we returned to the subject and that he spoke about his monstrosities. In a certain way, I think he needed me to recognise his humanity. At one point, while the camera was off, he looked at me straight in the eye and asked me whether I could love someone like him. It was his way of asking, 'I know I'm a monster, but do you still recognise me as human?' I had no answer to his question.

At the screening you spoke of your feeling of "responsibility" for what is going on in Ukraine. Can you tell us more?

L.T.: In Russia and throughout the post-Soviet space we still haven't examined our past and de-Stalinized our societies. We still haven't engaged in a serious reflection on the state violence that keeps coming back, now under Putin. Nor have we examined our colonial history. Russia is one of the few empires to have survived the 20th century. That's also why we have been unable to develop (post-imperial) thought, which is urgently needed today.

The people of the Caucasus and all those who were colonised by Russia are deprived of their freedom. Today they are oppressed by Putin. We have two words for "Russian" - one for ethnic Russians and another to refer to citizenship. Behind this word, there are all the non-Russian populations who are oppressed and yet who participate in the war in Ukraine. The responsibility I feel today is not a form of moral guilt. It's a call for action. We will have to do our bit in the reconstruction of an independent Ukraine and the development of an anti-imperialist ideology. 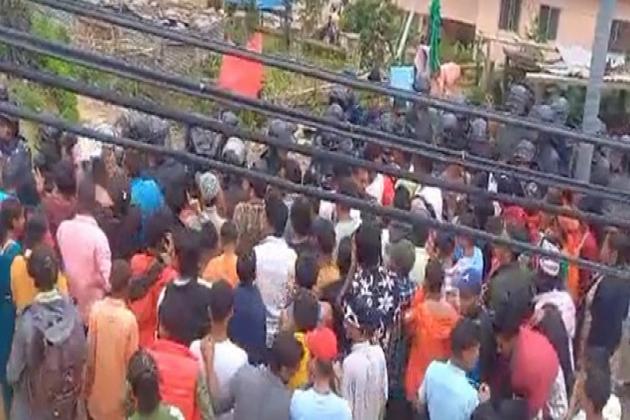 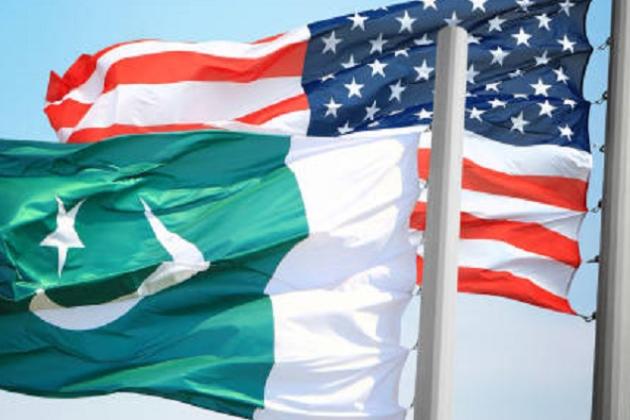