Austria Hopes for Revival of JCPOA 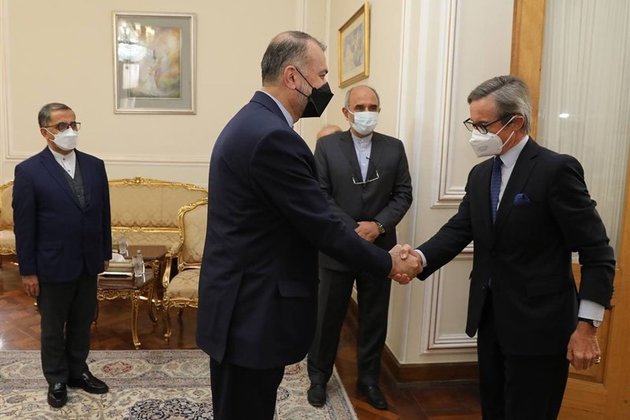 TEHRAN (Tasnim) - Secretary General of the Austrian Ministry of Foreign Affairs Peter Launsky expressed hope for the revival of the 2015 Iran nuclear deal, calling for closer cooperation with Tehran in various fields.

Launsky, who is in Tehran for the fifth round of political talks with Iran, held talks with Iranian Foreign Minister Hossein Amirabdollahian on Saturday.

Praising the friendly relations between Austria and Iran, he expressed hope that the Joint Comprehensive Plan of Action (JCPOA) would be revived with the cooperation of all parties.

He also stressed Austria's support for the meetings of Afghanistan's neighbors to resolve the country's problems.

For his part, Amirabdollahian hailed the age-old ties between Iran and Austria, expressed hope for the promotion of economic and trade cooperation, and said, "We attach great importance to these relations."

He also appreciated the donation of coronavirus vaccines by Austria to Iran and called for more cooperation with Vienna in tackling the pandemic.

The Iranian foreign minister called on the European Union to adopt a more responsible approach to the rights of displaced Afghans and condemned the recent terrorist attacks in Afghanistan.

Amirabdollahian also described the rise of Daesh and Takfiri terrorist groups in Afghanistan as a threat.