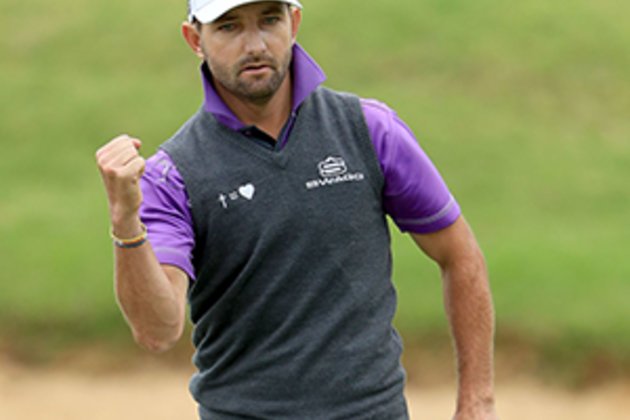 Cape Town - South Africa's Jbe Kruger has ended his seven-year drought on the Asian Tour by winning the Shinhan Donghae Open on Sunday.

Kruger carded a final round of six-under par 65 to win by two shots at the Bear's Best Cheongna Golf Club.

Kruger has not won another Asian Tour title since his lone win at the Avantha Masters in India in 2012.

He trailed overnight leader Scott Vincent of Zimbabwe by two shots, the South African went on to produce a commanding performance as he did not drop a single shot in his last 37 holes.

"It all changed on the seventh hole when I made my second birdie and I could feel the momentum then. It was in the Lord's plan whether I would win again today. But as for me, I started to feel good and after the 11th hole, I had a good feeling it was my time again," said Kruger after his win.

"I would say what went right today was probably my putting. I obviously didn't hit it as well as I could have but my chipping and my putting saved me multiple times and that's why I didn't make bogeys. I'm a professional and this is what I do for a living, so I will probably go where the money is, go there and play well.

"I have been a big fan of playing in Japan, but you can't really get into that Tour if you haven't gone to Q school. But now, things have changed."

With this win Kruger secures a two-year exemption on the Asian Tour after being ranked 95th on the Order of Merit the previous week.

The 33-year-old has also recorded four career wins on the Sunshine Tour with the latest title coming at the Sun Carnival City Challenge in 2017.