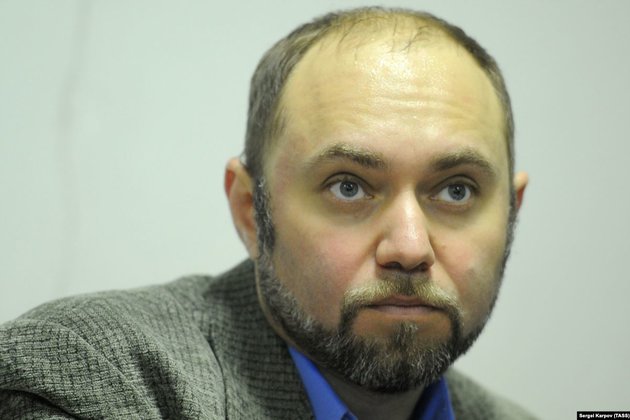 In a statement on May 24, the New York-based human rights watchdog said that NTV, owned by the Russian-state gas company Gazprom, is "notorious for harassing human rights activists and political opposition members and broadcasting smear campaigns against them."

The statement by Hugh Williamson, the Europe and Central Asia director at HRW, came days after Roman Udot, a board member of the independent Golos (Voice) election-monitoring group, was arrested by police in Moscow.

Williamson said the move stemmed from an incident in March 2018, when NTV reporters descended on Udot at a Moscow airport and peppered the activist with questions on camera.

"During the heated exchange, Udot used aggressive language toward the reporter, calling out the station's earlier efforts to get at him through his mother. He then filed a privacy complaint with the police," he said.

Meanwhile, police opened a criminal case against Udot for threatening the reporter's life.

The case was suspended while Udot was on an extended trip abroad. But when he returned to Russia earlier this month, he filed a request to reopen the case to tell his account of what happened.

And on May 20, Udot was questioned, detained, and placed under house arrest by the authorities.

If convicted, he faces up to two years in prison, according to HRW.

NTV -- and the Russian authorities -- began targeting Golos in 2011 for its monitoring of the country's parliamentary elections, Williamson said.

Six years ago, Golos became the first NGO to be fined under the controversial 2013 law requiring all NGOs that receive foreign funding and engage in political activity to register as 'foreign agents.'

At the time, Golos said it was being targeted for uncovering widespread violations in the 2011 parliamentary elections and the 2012 presidential vote, which handed Vladimir Putin a third presidential term.

NTV has since broadcast films "smearing Golos staffers with misrepresenting the facts or falsely portraying them as paid agents of foreign powers," Williamson said. "To get footage, NTV reporters have aggressively stalked Golos activists, including Udot, and their families and interfered with their privacy."

He quoted Golos as saying that law enforcement may be sharing surveillance data with the TV station.

"At least two Golos activists relocated because of their ordeal. Udot chose not to, and his ordeal continues," Williamson added.