140 people have contacted police over death of Lyra McKee 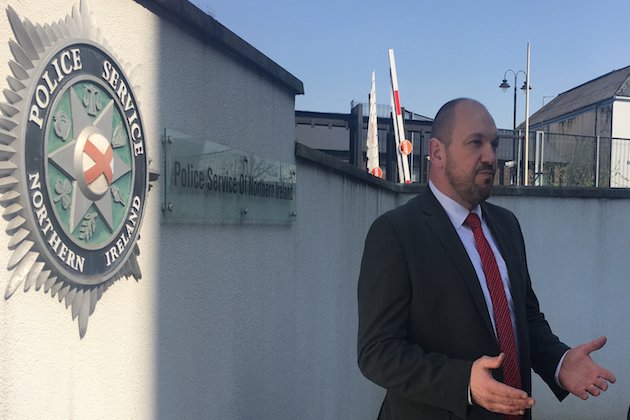 <p>DERRY/LONDONDERRY, Northern Ireland - Police investigating the murder of Belfast journalist Lyra McKee have been overwhelmed with support so far from the public in providing information, but is still calling on others who may know something about the murder to come forward.</p><p>Since police called on the public initially, 140 people have contacted police with information and mobile phone footage via the Major Incident Public Portal (MIPP).&nbsp;<br /><br />Lyra, 29, was shot dead in Derry/Londonderry last Thursday, which police have designated a terrorist act. The PSNI have been working overtime, all over the Easter and bank holiday weekend, to find her killer.</p><p>&quot;We&rsquo;ve had a massive public positive response to the investigation since Thursday evening,&quot; Detective Superintendent Jason Murphy who is leading the investigation said Tuesday.&nbsp;<br /><br />&quot;This was an attack on the community. Lyra, tragically, was a random victim and I&nbsp;need the public to continue to support us.&quot;<br /><br />&quot;Many witnesses have contacted us to give us information that has been provided to them. More than 140 people have contacted us via our MIPP with messages, including mobile phone footage. House-to house enquiries are continuing, and all of that is to be welcomed,&quot; Murphy said.<br /><br />&quot;My challenge is, how do I convert that community intelligence and information into raw evidence that allows me bring offenders to justice.&quot;<br /><br />&quot;My appeal today to witnesses who haven&rsquo;t come forward to us is simple. Please, come forward and have a conversation with me. Come and talk to me,&quot; said the detective superintendent.<br /><br />&quot;I want to reassure people that you don&rsquo;t have to commit to anything today. I just need to speak to people to understand what they know. We can then look at how we capture that information in the best way possible to protect &nbsp;those witnesses and enable me to bring the gunman who killed Lyra McKee to justice.&quot;<br /><br />Murphy&nbsp;added: &quot;We have sought as an investigation team since Thursday to be extremely sensitive in terms of how we are conducting this investigation for the community of Creggan.&quot;<br /><br />&quot;I know there are people in the community who have information but feel they can&rsquo;t come forward to us, who feel scared.&nbsp;We have sought prosecutorial advice from the Public Prosecution Service, and I want to reassure you that we will work with you sensitively and give you all the support we can.&quot;&nbsp;<br /><br />&quot;If you have information, no matter how small, please contact detectives in the incident room on 101 or via the Crimestoppers charity on 0800 555 111 which is 100% anonymous and gives people the power to speak up and stop crime,&quot; said Murphy.<br /><br />&quot; I am continuing to appeal for those people who were in Fanad Drive and Central Drive on Thursday night and who have mobile phone footage to please come and speak with my detectives and provide us with your mobile phone footage. We do not need to hold on to your phone, we have necessary equipment that will allow us to download the footage quickly. Alternatively, you can use the Major Incident Public Portal at&nbsp;<a target="_blank" href="http://mipp.police.uk/">MIPP.police.uk</a>&nbsp;to upload footage or to tell us what they know.&quot;</p>